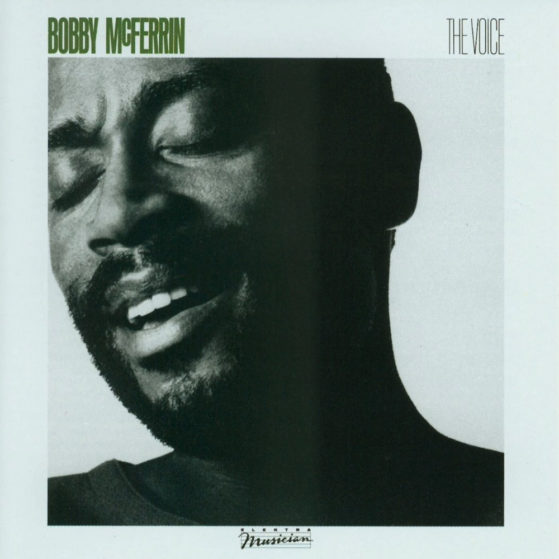 After touring with his own band and collaborating with such jazz artists as Herbie Hancock and Wynton Marsalis, Bobby McFerrin took a major and unprecedented step in 1983 when he began to offer solo, unaccompanied vocal concerts. This led to a solo tour of Germany, much of which can be heard on his second release, ‘The Voice’.

‘The Voice’ was a milestone in jazz history; it was the first time a jazz singer had recorded an entire album solo, without accompaniment or overdubbing, for a major label. Bobby McFerrin’s amazing ability to switch back and forth between bass notes and falsetto, along with his talent for jumping octaves, made this record quite a virtuoso showcase.